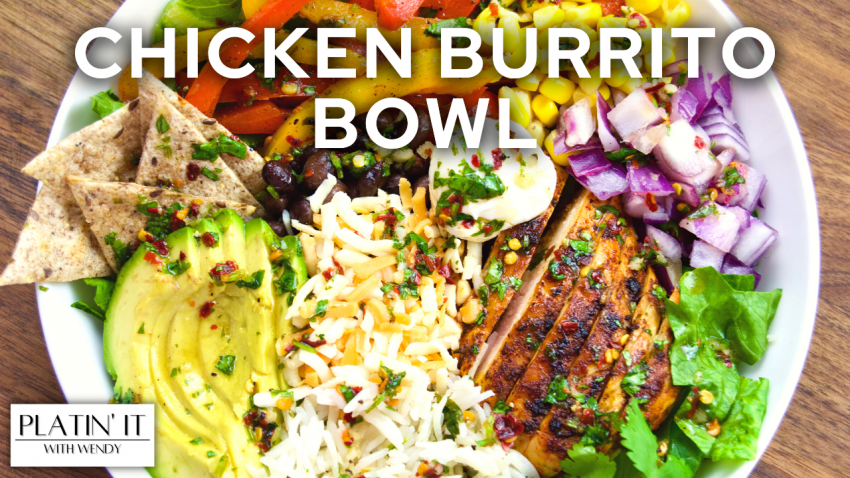 For the Chicken and Sweet Bell Peppers

For the Burrito Bowl

For the Cilantro Lime Rice

For the Tortilla Chips

My name is Wendy and I'm excited to share my favourite recipes that will help you impress with ease. My passion for food started with baking when I was in my teens and has grown to include cuisines from around the world. Each of my recipes is meticulously tried and tested to ensure that they turn out perfect every time.

For Collaborations and Media Inquires: wendy@mypeopleknow.com